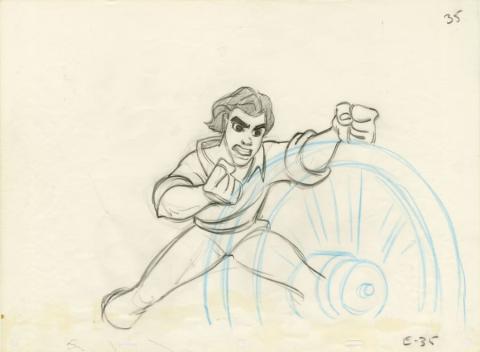 An original production drawing from the Walt Disney Studios animated film The Little Mermaid (1989), featuring Prince Eric at the helm of his Royal Ship, the drawing was created at the studio by artist Mike Cedeno, and used during the animation process. Measuring 12.5"x17" overall, with the character image measuring 8.5"x13", the drawing is in good condition with discoloration along the bottom and left edge with some minor dimpling and wrinkling throughout.